My quick and dirty review of the 14point7 Spartan.

I have been using an Innovate LC1 on my other megasquirted car for many years (probably at least 5 but I can’t even recall now). I’ve never really liked the LC1 frankly. For one, the first one I got failed after 10 minutes which led to a lot of roundabout troubleshooting before I was certain it was the wideband and not something else in my brand new MS install. Got a replacement from Innovate but it was not a good sign. Secondly it has always been plagued with random error conditions which require a reset to clear and leave the sensor in a state where it is outputting a very rich AFR to the MS (causing the MS to lean out). Overall although it has worked I’ve never been that satisfied with it. Innovate now has the LC2 which looks like an improvement but is also costs quite a bit more than the Sparton ($189 with sensor for the LC2 vs $125). Innovate has a huge range of compatible guages, loggers and sensors (like EGT) but I am not that interested in those other products.

I’ve been following 14point7 products for a while but never needed a new wideband until I did the MS install on my 16v. I don’t need (or want) a gauge, so a simple unit like the Spartan2 is exactly what I’m looking for. I especially like that it uses automotive grade components and I hope this will improve the reliability.

Opening the package, the unit looks very nicely made and is fully water proof shrink wrapped. The connector attachment for the o2 sensor looks a tad fragile, but I think it should be fine as long as both cables are secured.

The installation was very easy. The cables it comes with are nice and long so you can place it almost anywhere. On my car the O2 bung is about a foot in front of the cat. I ended up running the sensor cable up the speedo cable on the drivers side, cable tying the Spartan2 box to the speedo cable partially up in the tunnel. I didn’t want to run it up the passenger side since the box itself would have either ended up next to the exhaust, or under the car mounted very close to the sensor. I ran the grey sensor cable up the speedo cable and through a spare grommet in the cowl firewall next to where the speedo cable goes in. From there the sensor cable runs under the blower motor and out into the battery compartment where it plugs into the MS harness and power. I ran the flashing LED output wire into the cabin with my megasquirt serial cable so I could watch it while I drive. I used the linear wideband output and hooked it into the megasquirt. I cut off the narrowband simulator wire so there were only 5 other wires to connect (two grounds, power, wideband signal to MS, flashing LED indicator).

There isn’t really any setup required, the unit worked right out of the box. The two point calibration feature it offers is great, although in my case the values weren’t off by too much. I have only run a few hours on it but it has been working excellent so far. No crashing with good response. It easily catches AFR issues from throttle punches so I can use it for tuning the acceleration enrichment. The output doesn’t seem to have much noise in it so far, and it easily tracks small changes in the fuel map (although obviously I don’t have a way to check its calibration).

I’d def recommend this unit if you want a simple wideband for use with MS and don’t need a display. It is priced very fairly, simple and it works. I liked it enough that I just bought a second one to replace the aging LC1 on my other car!

Some terrible photos of the installation (it was so bright out I had trouble photoing). 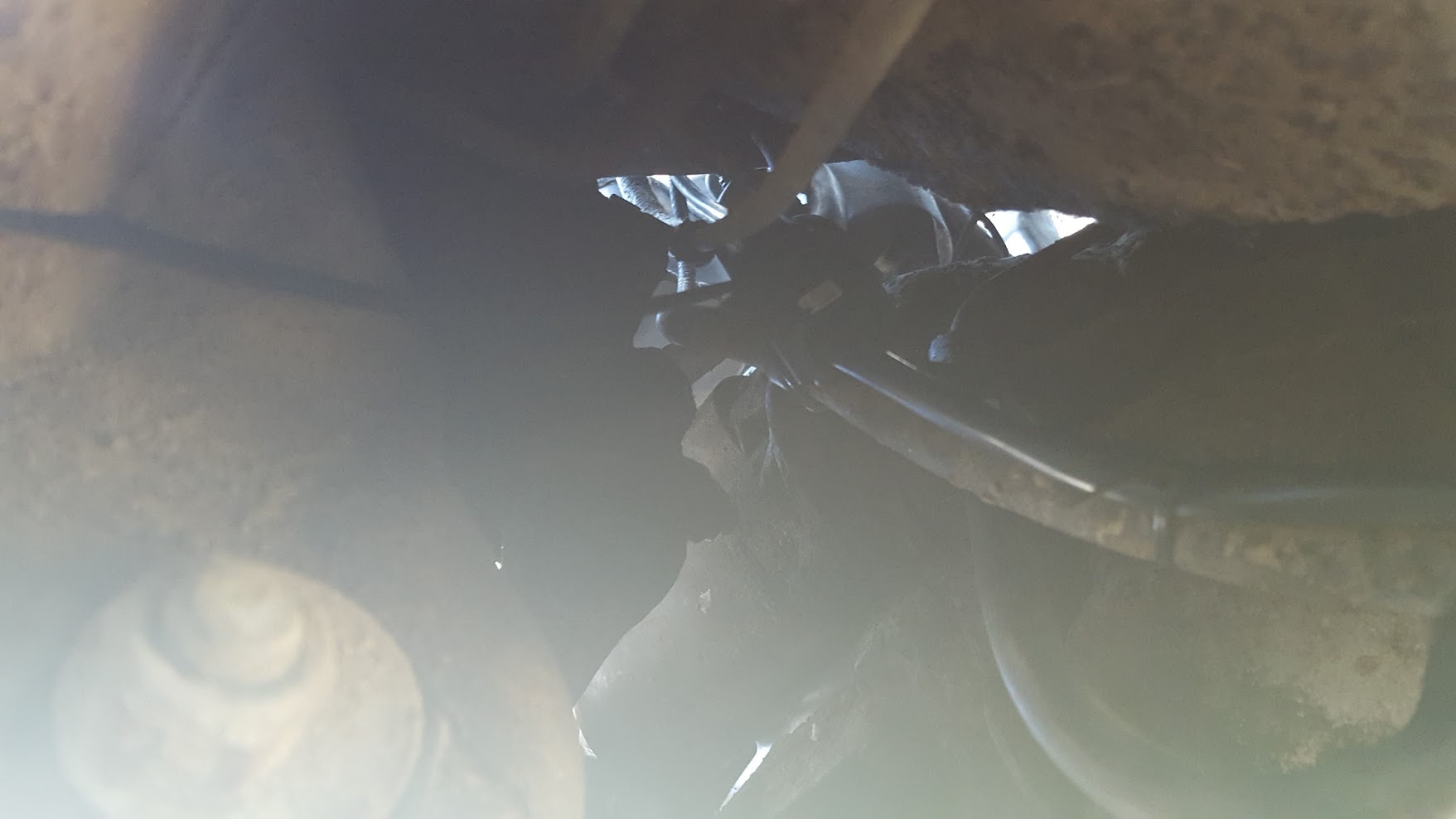 Sensor placement, about a foot in front of the cat